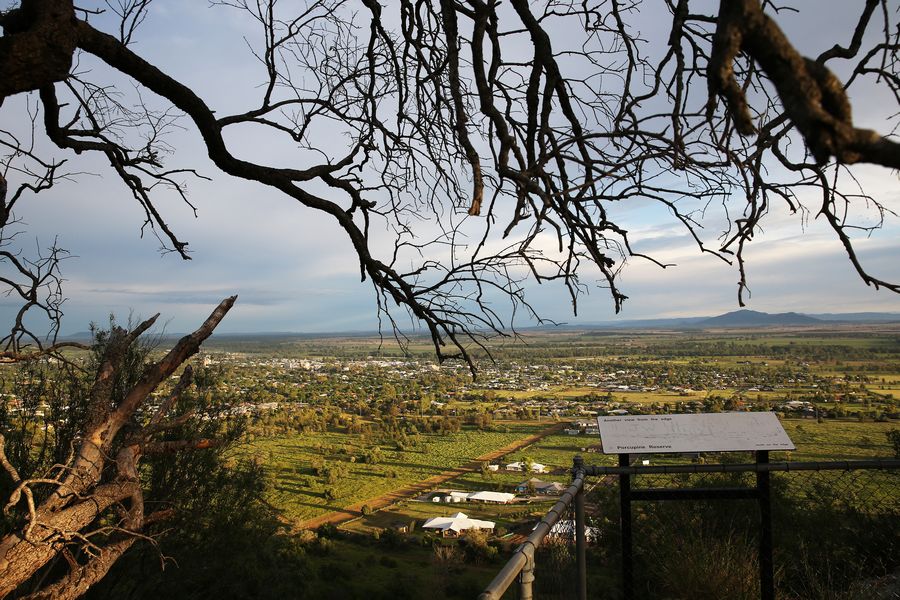 Porcupine Lookout: The Aboriginal Kamilaroi Tribe called this hill “Bindea” which means "the place where shrubs with leaves like a porcupine quill grow". Local tribes used Porcupine Lookout to hunt wallaby in the nearby "Wallaby Trap", a natural U-shaped space which was surrounded by scrub and curved on to the Porcupine Range. Only natural grasses grew here, no trees or shrubs – making it the perfect hunting ground as it was impossible for the wallabies to escape.

Porcupine lookout is 2km from town off Apex Road, with panoramic views of Gunnedah and surrounding areas. The northern platform overlooks the town and beyond to the Nandewar Ranges more than 100km away. To the right are the hills of Kelvin and the Kelvin State Forest. To the south is a panoramic view of the rich agricultural land of the Breeza and Pullaming plains – in times of flood this area presents a picture of a huge inland sea that can last for days at a time.

Porcupine Lookout has an amazing view of the whole town and its surrounds. It's from here you appreciate just how flat this part of the world is, particularly when compared to the Liverpool ranges in the distance. By day the sky will dazzle you with its blue intensity, and at night a million stars will blanket you. 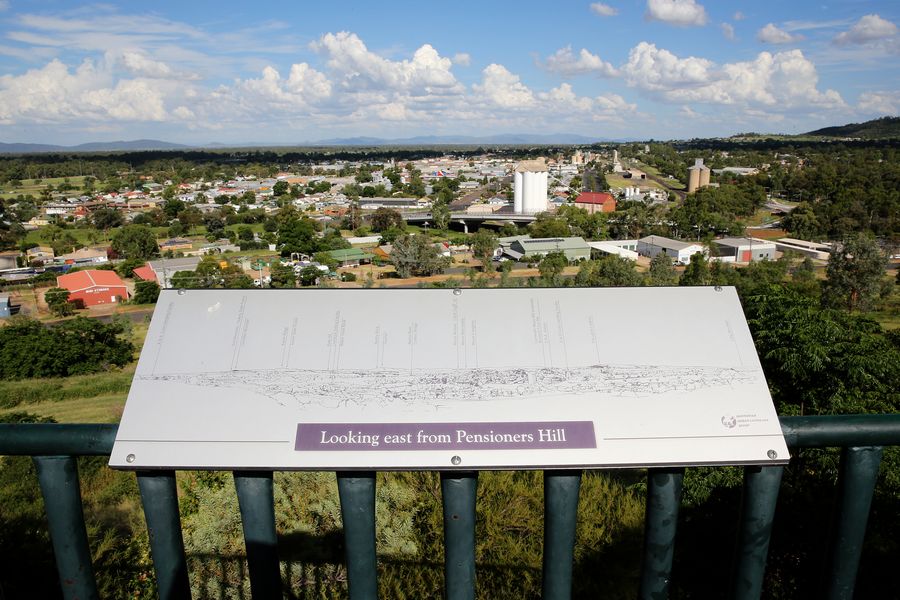 Pensioners Lookout & Heritage Sculptures: Pensioners Lookout is a great place for a picnic. It overlooks Gunnedah and beyond, with a beautiful bushland setting and a winding path to the summit. At the entry are 10 striking Aboriginal totem poles crafted by local artists. They represent significant people, dreamtime legend and customs of the Kamilaroi Tribe including the Biamee Spirit, the Red Chief Shield and the Rainbow Serpent.

Along the path to the peak are large heritage sandstone sculptures. The stones were erected by the Rotary Club of Gunnedah West and were created by Carl Merten and Joan Relke to show some aspects of Gunnedah's rich cultural heritage. The sculptures include The Coal Miner, the Rainbow Serpent, the Pioneer Women, Agriculture and the Red Chief.